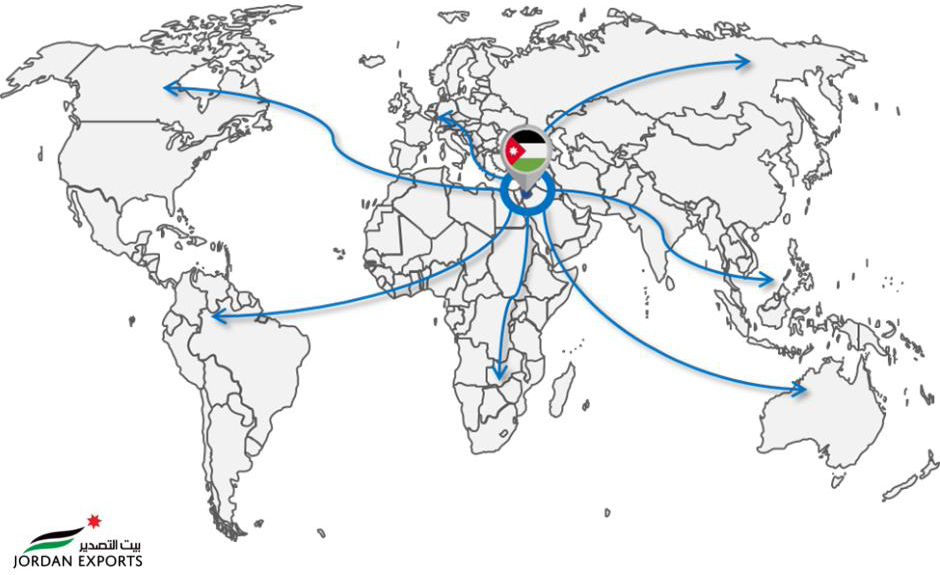 As part of a plan prepared by JORDAN EXPORTS Institution (JE) according to criteria consistent with the government’s strive to increase exports and to open new international markets for Jordanian products, JE prepared studies and research for a wide range of promising global export markets.
This provides professional, updated, and accurate information to Jordanian exporters in line with the vision of economic modernization initiated by His Majesty King Abdullah II, and it also targets markets such as Brazil, Chile, Mexico, and Canada in the Americas, as well as African countries, such as South Africa, Kenya, and Tanzania. JE is also preparing studies on Asian countries, such as Indonesia, India, Japan, and Singapore. Traditional markets such as Saudi Arabia, Iraq, and the United States at the same time are not neglected and are covered by various JE research

Stay in the loop with the latest export information from Jordan Exports.