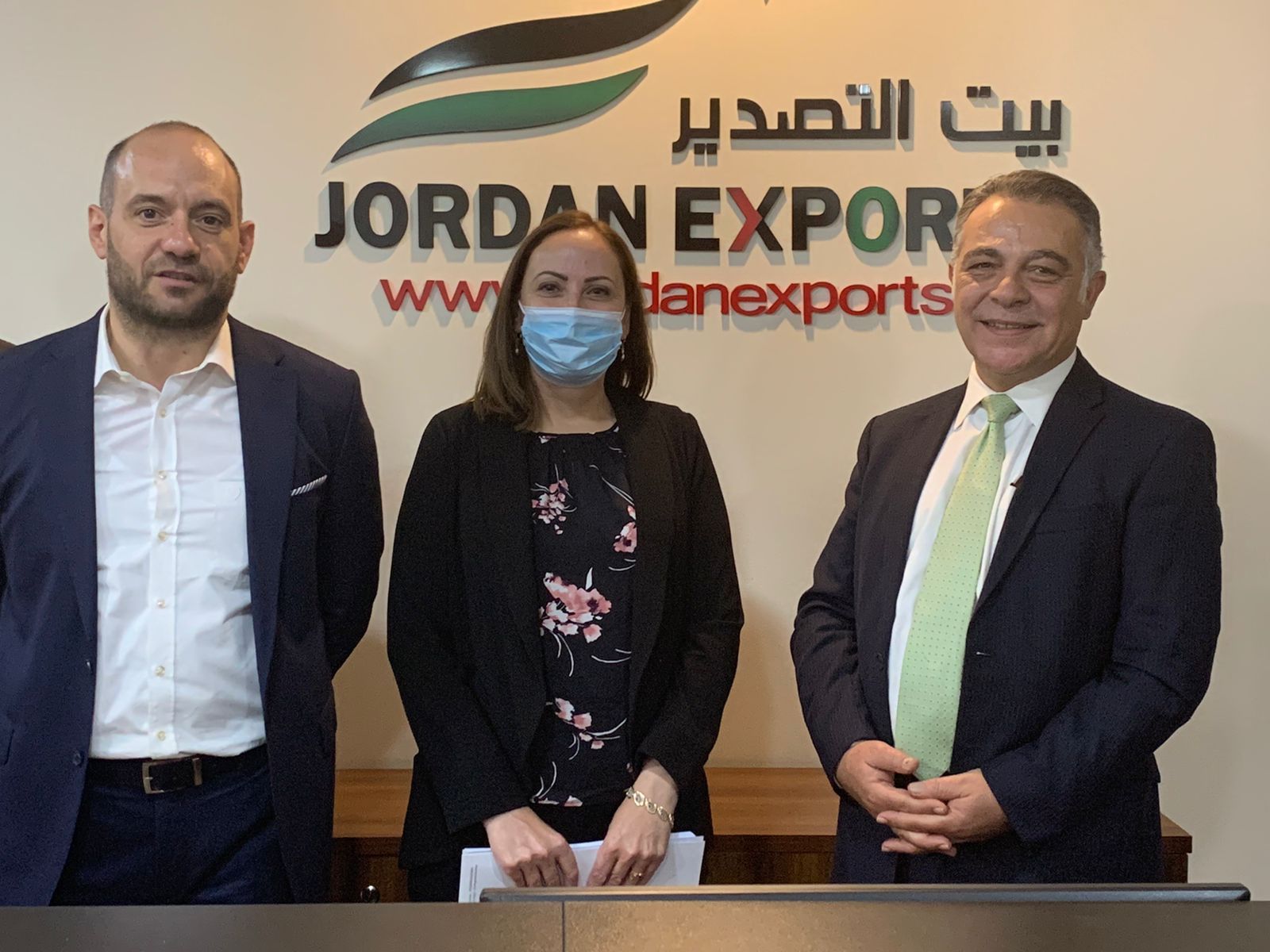 The visit was also attended by the members of the General Assembly Mr. Hani Abu Hasan, president of Irbid Chamber of Industry (ICI), Mr. Muhammad Al-Shouha, president of Irbid Chamber of Commerce (ICC), and Mr. Abdelfatah Al Kayed, CEO of the Jordan Enterprise Development Corporation (JEDCO) and who is also Acting Secretary-General of the Jordan Investment Commission (JIC).
Her Excellency was greeted by the Chairman of the Board of Directors, His Excellency Dr. Wissam Al-Rabadi, and the members of the Board of Directors Mr. Tamim Qasrawi, Mr. Ahmad Al Khudari, Mr. Waleed Tahabsam, Dr. Maher Al Mahrouq, Dr. Ahmad Al Shaqran, Mr. Zaher Al Qatarneh, and Eng. Mohammed Al-Shanti, CEO of Jordan Exports (JE).

During the visit, Mr. Al-Shanti briefed Her Excellency and members of the General Assembly on Jordan Exports’ (JE) activities, services, export development, and promotion, open new markets, and increase exports volume to international markets. The visit also entailed a discussion about the current programs, projects, and company plans.

The Minister stressed the government’s keenness to strengthen the partnership between the public and private sectors in all its activities to strengthen Jordan’s economy and increase the competitiveness of various economic sectors. The Minister also endorsed the efforts of JE’s CEO and its employees for the valuable services provided.

Stay in the loop with the latest export information from Jordan Exports.